Difference between revisions of "Bad Order" 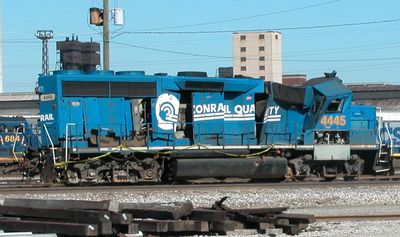 Vehicles can be repaired by driving them over a Repair Track at 15mph or less. Maps with repair facilities are indicated on the Connection Maps by the letter "R". In general, cars should only be repaired at car shops and locomotives at engine shops.